The Lincoln Theater, a brick, Classical Revival structure, opened in 1920 as a venue for both films and plays.  It was called “one of the city’s most important landmarks” in the New Martinsville Downtown Historic District’s nomination to the National Register of Historic Places, and its significance has been far more than just architectural.

The Lincoln’s time in the spotlight came in 1925, when a major movie studio, Famous Players-Lasky, chose New Martinsville as the main filming location for Gloria Swanson’s “Stage Struck.”  Tourists from across the region congregated in town in August to watch the film shoot and catch sight of the glamorous movie star.  During the filming period, Swanson gave a speech to a full house at the Lincoln when it presented a special screening of one of her earlier films, “Manhandled.”  Later that year, Swanson returned to the Lincoln Theater for the world premiere of “Stage Struck,” which was also attended by Governor Howard Mason Gore.  (“Stage Struck” was shown at the Lincoln again in 1988, as part of New Martinsville’s 150th anniversary celebration.)

Another notable event at the Lincoln occurred in 1927, when the theater left the silent film era – installing sound equipment and playing the pioneering sound film “The Jazz Singer” for a standing-room-only crowd.  Over the years, the Lincoln was known for its community focus – holding productions put on by groups like the Kiwanis Club, offering regular drawings for cash prizes or baskets full of groceries, selling defense bonds during World War II, etc.  It also continued to keep up with current technology, adding a wide screen and an updated sound system.  The theater finally closed in 1967 when its owner moved out of state.

Six concerned New Martinsville residents, including Mayor Robert L. Bruce, soon joined together to purchase the closed theater.  They then leased it to the city for use as the Community Theater, a title it retained until the 1980s, when it reverted back to its original name.

Now owned by the New Martinsville Parks and Recreation Department, the Lincoln is the site of various city events, such as free family movie nights and Halloween costume contests.  The theater is also frequently utilized by ArtsLink, a regional arts organization – hosting plays, concerts, ballet performances, and other arts-oriented activities.  (Listed NRHP 1988) 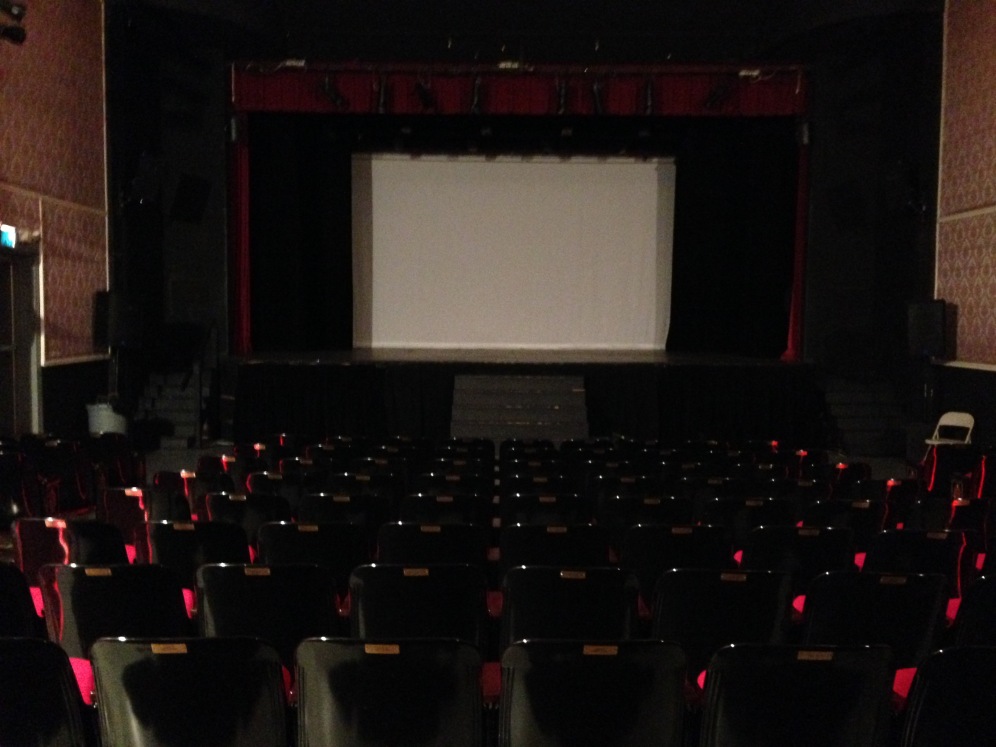